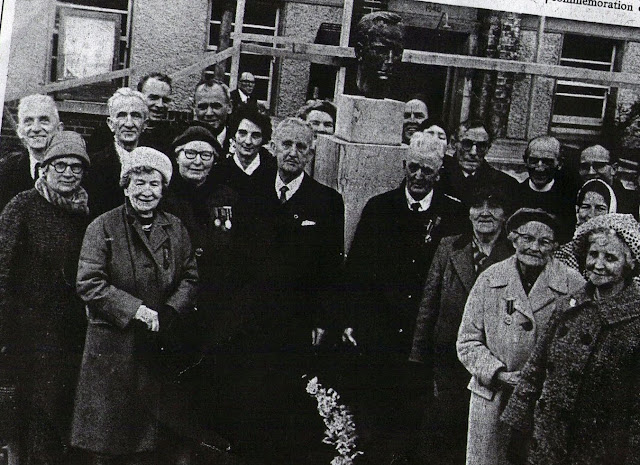 On 5 May 1914 a new all-female nationalist organisation called the Cumman Na mBan was founded. It was largerly led by relatives of leading Irish Volunteers, it was seen as an auxilary to the male movement. Many female activists  hid, nursed, fed and cared for Republican activists. In many of these cases these would be relatives such as husbands , fathers, brothers and sons. In both the town and countryside the provision of 'safe houses' to conceal men, weaponry or uniforms was paticulary important.
While many of these activities were confined to the domestic setting, they were none the less risky with raids and searches becoming more commonplace. Irish women played a critical role on the side of militants. Their contributions while risky, sometimes involved little departure from everyday life. Contact between the capital and the provinces again relied heavily on Cumman na mBán couriers -the organisations appeared to possess most of the car driv ers in Republican ranks.


With several republican men under police surrvaillance, women played a crucial role in pasing messages and information even before the Easter Rising began. Cumman Na mBán was largely supportive, mainly consisted of cooking and nursing but the women of the Irish Citzen's Army were more militant.
In the photograph which dates from the Connaught Tribune on 14/04/1966 is the Athenry Cumman Na mBán outside the Old Boy School at the unveiling of the Liam Mellows Bronze bust down. The Old Boys School is now Sommers Garage and the new Boys School is in Knock-aun-glass.
An interesting story in the picture is of Mrs. Kathleen Kennedy (Cleary-Kennedy in the photograph). She was apart of the Cumman Na mBán and a nurse in her time too. She looked after a man in Castlelambert She came from a pro-Irish Nationalist family. One of Athenry's Irish Volunteers, Tommie Cleary was held a prisoner out in Newford camp, and Kathleen sister, known as 'Ciss' brought food and some clothes to Tommie. 'Ciss' met a British soldier at that camp in Newford and subsequently decided to marry him to the dissapproval of her Irish Nationalist family - The Cleary's. The father  Thomas B. Cleary and his two sons Joseph and Thomas Jr. of the family spent there time in Frongoch Internment Camp in Wales during 1916. The took a while to get over it and eventually did becuase 'Ciss' came home every summer from Britain.

Special thanks to Monica Kennedy for the information and photograph for this article.
at September 01, 2011

I have written about the Bureau of Military History 1913-1921 one before but I am adding more content in this article. An aspect of oral ...

A question for those that were tourist to Athenry - which did you prefer?

If there was a genealogy business in Athenry would you go to it, to help trace your ancestors?

References to all my articles